12-Micron Restaurant in Sydney’s Barangaroo is a new 230 seat restaurant by SJB Interiors that is the embodiment of all things Australian and an amalgamation of the best things this country has to offer. It is self described as “casual, beautiful and modern, much like Australia itself.” A restaurant, lounge and dessert bar in one, this ambitious new venture is already a crowd favourite.

SJB has taken a spacious site and turned it into a series of intimate spaces where every facet of the design has been considered. Not only has SJB championed a contemporary Australian aesthetic but they’ve exemplified it with custom-designed elements such as the partitions, bar, shelving, reception table, fittings and soft seating.

12-Micron, draws on the colours and tones of the spotted gum with an irresistible palette of dusky pink furniture, muted grey stone, blonde timber tables, bark-like leathers and earthy tableware. The idea of the spotted gum’s rougher texture has also been introduced “through leathered finished granite as well as loose fit leather sofas and banquets with ruffled detailing. ”Actual spotted gum has been planted throughout for rich tonal nuance, while colourful native arrangements of wattle, bottlebrush and banksia brighten the room. According to SJB, the design considered the relationship between Sydney’s native flora and urban context where “the combination of a grid pattern overlay is contrasted with the natural texture of eucalyptus.” This grid pattern is represented by small grey tiles and cobbles which wrap the floors and walls.

The subdued softness of the furnishings and honey-timbered joinery against the colder stone may seem incongruous but the effect is quite harmonious and really appealing. A micron is a unit of measuring the quality of wool and true to its name, 12-Micron Restaurant aims to knit together an exceptional experience of Australian cuisine and design. As you sit within 12-Micron and gaze upon the breathtaking views of Sydney Harbour, you can’t help but bask in how fortunate we are to be afforded with such pleasures.

This is an Interior Design Excellence Awards (IDEA) 2017 shortlisted project under the Hospitality category and the Sustainability category. Award-winners will be announced on 24 November 2017. This project is a Highly Commended IDEA project. 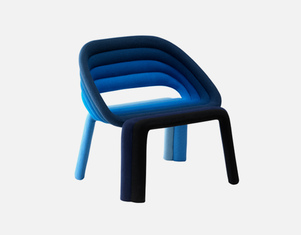 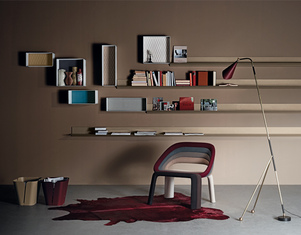