Born in Burjassot, Horta Nord, València, Spain in 1949, Vicent Martínez went on to study design at the Arts & Crafts School in Burjassot and after in València. With a grant from the Dotación de Arte Castelblanch, he later studied at the Massana School in Barcelona. He then combined his graphic art studies with working in the design department of the Blasco Requena graphic art workshops. In 1974, he began to work in industrial design, forming the Nuc Group with Lola Castelló.

As a talented furniture designer, Vicent Martínez has won numerous international awards and acknowledgements. He is the designer of the Spanish furniture design icon “La Literatura,” a double shelf unit on wheels, now exhibited at museums and catalogued as a classic in 20th-century design. He is a professor and regular conference speaker.

In 1980, he founded the company Puntmobles together with the designer Lola Castelló and the technician Francisco Fernández, which won the National Design Award in 1997.

He also designs for other companies such as Grup T, Encanya, Arflex Martínez Medina and Assis. In 1985, he was a founding member of the Professional Association of Designers in València and was its first President. He also taught at the Higher Design School CEU San Pablo in València (1990-1997). He works on a continual basis with Puntmobles as both a designer and the manager. 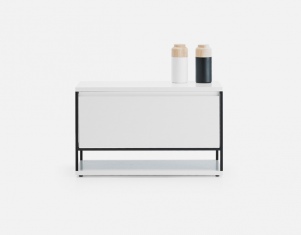 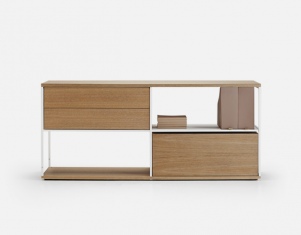 Literatura Sideboard Punt
loading . . .
show all results
Vicent Martinez
Please enter all the fields below. We will contact you within 72 hours about the Vicent Martinez